Главная › The secret of success.

The secret of success.

Silicon – the basis of the Earth – the second element after oxygen;

Silicon has the unique properties of the protection of living organisms.

“No one can exist without silicon”

The credo of the company

The secret of success

Siberian scientists proved that «the king of inorganic nature» (silicon) is able to form biologically active compounds – silatranes, penetrating into the living organism and regulating vital processes.
The discovery caused a real sensation in the science and completely refuted the established conceptions of biological inactivity of silicon. The eminent German chemist wrote «..the Russian scientist Voronkov performed a miracle. He revived the silicon!». The Nobel Symposium «Biochemistry of silicon and related problems…» was held in 1977 in Sweden. Consequently the silicon was officially recognized as a life element.

Mival-Agro® is a complex plant growth regulator. It consists of two compounds – silicon compound Mival and Krezacin. The former was noted with the State Prize of Russian Federation, the latter is the analogue of the auxins (the group of phytohormones). Krezacin is one of the first domestic adaptogens and antioxidants underwent detailed laboratory, field and production tests and well-proved itself in agricultural practices. 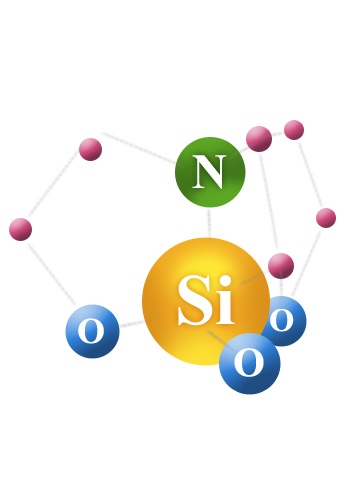 The main advantage of “Mival-Agro” is the uniqueness of the active substance. It is the only one product in the world, which includes a biologically active organic silicon compound.
Many agronomists, who apply “Mival-Agro” for some years and know its effect on plant, express the opinion: “Mival-Agro» is the only one real regulator of growth”. It becomes real because of unloading micro and macro elements, humic acids and other nutrients.
It is proved that Mival-agro saves the plant from any serious stress, whether drought, frost or burns from chemical treatments. Under the stress even a sufficient amount of nutrients not always can help.
Sometimes the plant just need time to decide “how to live and develop further”. In this situation just “Mival-Agro” adjusts life-support system.

PRODUCTIVITYIncreases productivity by an average of 12-25% and more, accelerates the ripening of the crop.more

QUALITYHelps the plants to form a large yield of excellent quality, increases the yield of marketable products.more

ENVIRONMENTEcologically safe, reduces the inhibitory effect of pesticides, accumulation of nitrates and heavy metals in production.more